Serving the Community from our Hearts 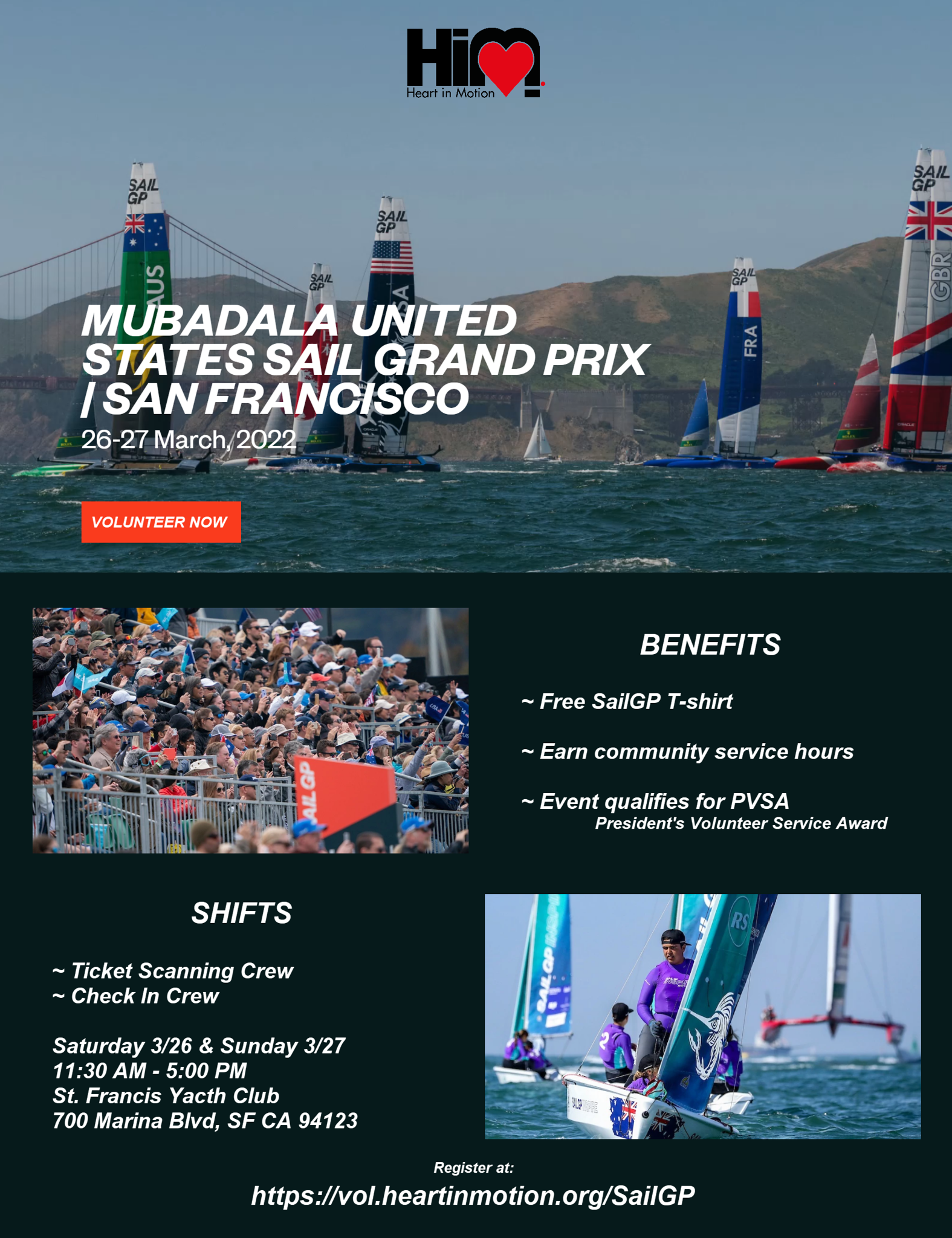 This is an ACTIVE event for HIM Club members.

It’s full speed ahead for SailGP’s eight-nation fleet as they head into Season 2’s home stretch. Vying for the highly coveted $1 million top prize, the Mubadala United States Sail Grand Prix will play host to the championship league’s Grand Final on March 26-27, 2022 in San Francisco.  The Bay area will be pumping with adrenaline as the eight identical high-flying F50s battle it out for ultimate supremacy against the backdrop of the iconic Golden Gate Bridge.  As the final event of Season 2, stay tuned to see if the defending champions, Australian SailGP Team, will clinch their second consecutive title, or if a new winner will be crowned.

Heart in Motion is a non-profit and tax-exempt 501(c)(3) organization.